At first glance, the never type  does not sound very useful for everyday coding. But actually, the following property of the type comes in very handy:

With a small hack, this can be used to increase the type safety of a code base with no risk of breaking existing code and without any runtime overhead.

Maybe you have lots of places in your code, where you use some data like an userId, an email, a firstname or whatever. You could just use the standard types for that (string and so on):

But this approach has some problems:

The problems described above disappears, if we don’t use the built in string type but create a custom type for the userId:

Now it’s easy to find all places where this UserId type is used. And is not possible to accidentally call this method with an email because the latter has another type.

Where does the never type come into play?

How to implement this new UserId type? The naive solution does not work out:

The problem is that for typescript string and UserId are the compatible (because at runtime they are the same). We need to change the UserId type, so that they are (at least at compile time) not compatible anymore in order to get compiler errors. We could create a new UserId class to achieve that. But this might break existing code, which you forgot to migrate and which still expects to get a string, at runtime. But with the help of the never type you can define this new type like this:

This solution has some nice characteristics:

So let’s see this type in action: 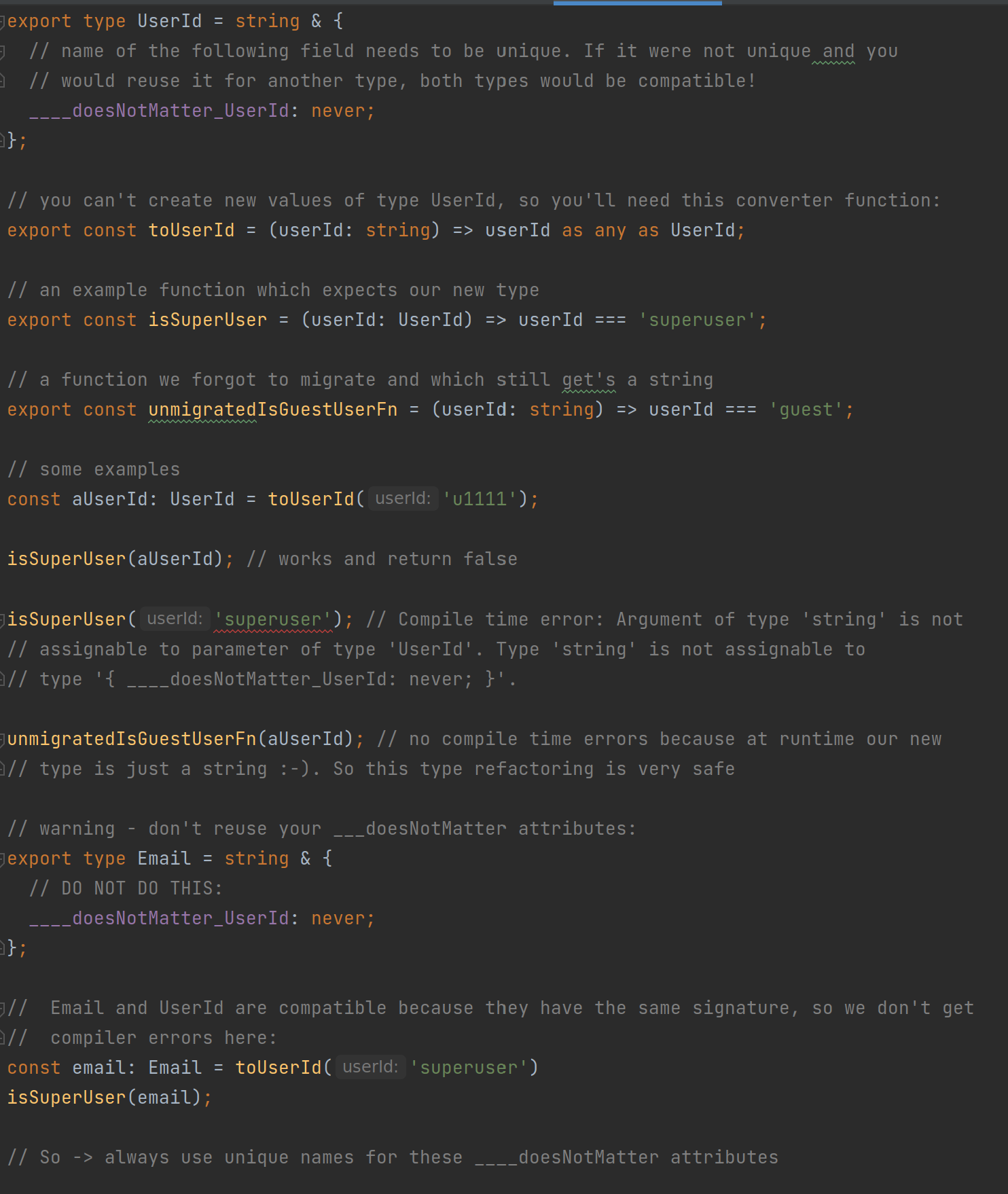 I found this approach to be especially useful, if values of a type are used in many places but are created only in few cases. For instance, I expect that I would only need to call the  factory function toUserId to convert strings to the new UserId type during:

But there might be lots of places, were a function gets a value our new type as parameter and just passes it around. So through this approach I get the former described benefits of a richer type model.

I learned about this trick during an Angular meetup held by Thiele Leonard in 2020. I found a recording of the same „Angular at scale“ talk hold on a different occasion, which contains many more tricks, so have a look.